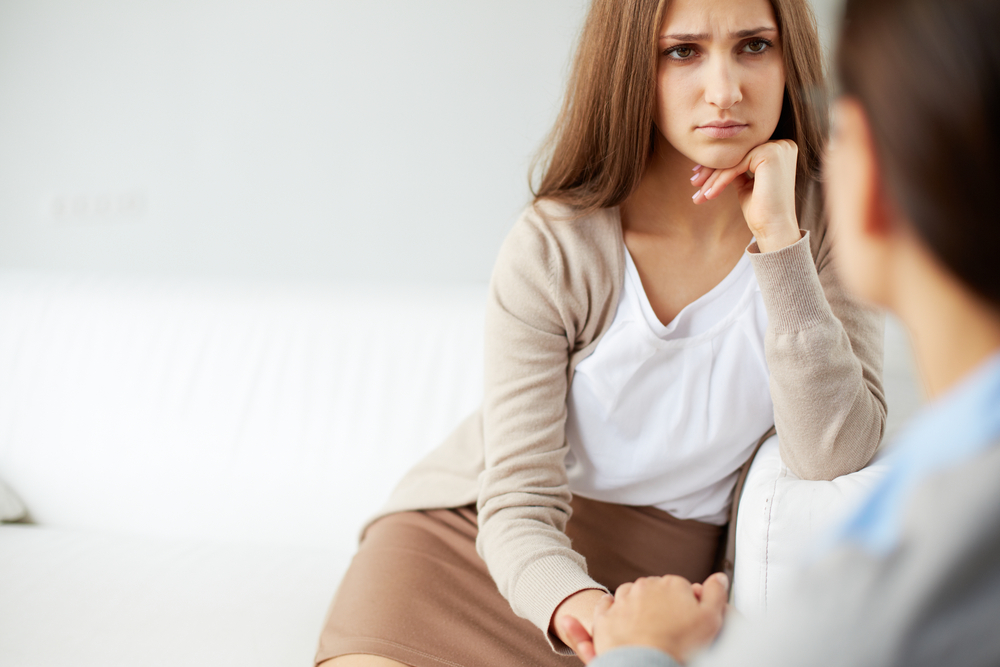 Sign language interpreters are rarely equipped to deal with the trauma sometimes incurred in mental health settings. How can interpreters find support and prioritize self-care for themselves and their colleagues?

Friendlyville is a mid-sized city (population 85,000) in a Midwestern state with a Deaf (ASL) population of about 200.  Janice is one of the few RID-certified sign language interpreters in Friendlyville. She is the child of Deaf parents, and chose to become an interpreter after graduating from an ITP in Bigtown in a different state.  Janice works with a sign language interpreting agency in Friendlyville, and she tends to be called upon for the most challenging assignments.  She travels in a multi-county area, sometimes going as far away as Metrocenter (population 1.3 million), a distance of 120 miles from Friendlyville.

On July 14, Janice was contacted by the Emergency Department of the Friendlyville Community Hospital and asked to interpret for a deaf man.  Janice asked for specifics regarding the individual for whom she would interpret, but the person who called Janice stated that this information was confidential and she would need to sign a HIPAA Compliance form before any PHI could be released to her.  So, Janice arranged for daycare services for her two preschool children and rushed to the hospital.

Upon arrival, she signed the necessary confidentiality forms and was escorted to an examination room where she found Dr. Wilson and a 27-year-old Deaf man she had never met before, James.  Dr. Wilson had a notepad with which she had been attempting to communicate with James, but the attempts at writing back-and-forth had not been successful.  James had exhibited several violent outbursts (screaming and hitting the bed) but had not hurt anyone.

Since Janice had never met James before, she asked Dr. Wilson if she might introduce herself to him. The doctor agreed. As Janice introduced herself, she voiced for Dr. Wilson and tried to identify common “deaf introduction” items, such as James’ school background, where he had grown up, and the name signs of several local Deaf community members.  None of these topics elicited any “connections.”  Janice then informed Dr. Wilson that James was unknown to her.

Dr. Wilson informed Janice that James had been brought to the ER by police officers (who were still outside the door), and that he had been arrested in downtown Friendlyville while making strange noises and pounding his fists against the brick walls of a homeless shelter.  James was dressed appropriately for the weather, but had noticeable body odor and needed a shave.  His hands had some fresh bandages on them, but he was able to sign unimpeded.  No one seemed to know much about him, but he had a driver’s license which was used to identify him.  No outstanding warrants or medical history had been found on a quick records check.

Dr. Wilson began asking questions, and James’ level of agitation seemed to diminish in the presence of the interpreter.  James knew his name, but when asked where he lives, he replied that he has no home, that a flying object (spacecraft?) had brought him to Friendlyville, and that he had been forced to have sexual relations with unfriendly life-forms from another galaxy.  He was a Messenger to Earth and warned of imminent destruction unless all people on Earth agreed to have sex with the inhabitants of “Xylic.”  He also asked Janice and Dr. Wilson if they would like to have sex with him.

James’ signing was rapid and disjointed, and often it was difficult for Janice to voice for him because of his sign speed and the rapid changes of topics in his discourse.  She did her best to provide an exact verbal interpretation of James’ signs and the strange incidents he tended to describe.  James used some signs which Janice had never seen before, and when she asked him to explain he replied, “You’re stupid!  You don’t know my alien sign language.”

At one point in the session, Dr. Wilson received a crisis call and left the room.  As soon as Dr. Wilson departed, James exposed himself to Janice and demanded sex “before the doctor gets back,” adding, “we need to create offspring for the Xylic people.”  Janice handled the situation well – she immediately left the room and asked the police to step in.  She didn’t return to the room herself until Dr. Wilson came back and she was able to tell the doctor what had happened.

Dr. Wilson quickly arranged for James to be admitted to the hospital. Janice accompanied James to a locked treatment unit where paper work was completed and he gave a brief personal history.  He objected strongly to medication, but the doctor insisted that he MUST take it either through pills or through an injection.  James agreed to take the pills because, he said, “I hate needles.”

Janice left the hospital after several hours.  She had assisted by interpreting for James’ orientation to the rules of the Mental Health unit of the hospital.  She had also made arrangements to return for James’ therapy sessions and his medication management meetings with staff.  When she left the unit, she saw James sitting alone, watching a news program on television.

After leaving the hospital, several thoughts occurred to Janice:

– Did I do my job effectively and appropriately?

– Did James REALLY need to be locked up in that hospital?

– Did James get the same treatment as the other people on that unit?

– Would a CDI have helped with really comprehending James’ language?

– Does James really belong in that place?

– What will happen to him there?

– What if that had been my dad?

“What if that had been my dad…” begins to strike at the core of the issue, even if a sign language interpreter isn’t the child of Deaf parents.  What has been happening inside Janice’s own mind and heart are rarely part of the mental health services delivery continuum.  Social workers, counselors, and psychiatrists have professional support networks available to them where they can receive “supervision” from clinicians and colleagues, and where they discuss problems that are affecting them personally.  But interpreters are sometimes constrained from seeking personal support by obsessive adherence to a Code of Professional Conduct.

This is not to say that mental health interpreters should not participate in their personal therapy sessions to better understand their own feelings and reactions to very non-traditional experiences.  Hearing mental health personnel may be accustomed to such things as patients propositioning them, but sign language interpreters are rarely confronted with such events when all alone, and such experiences may leave traumatic scars on a person’s psyche.

The major concern here is for Janice, and for the trauma she may have experienced through this event.  As shocking as it may be, sign language interpreters are human beings and, as such, they are vulnerable to psychic insult as a result of the work they do.  An interpreter does not usually encounter overt sexual trauma such as this as a regular part of a normal assignment.  In this case, events transpired which were unexpected.  Janice is unlikely to find much consolation from the mental health staff, since they are trained to deal with such events and may experience similar things on a fairly routine basis.  How can interpreters prepare for these realities?

Below you will find a few suggestions for interpreters in such circumstances:

If an interpreter is fortunate enough to know other interpreters with a great deal of mental health experience, such people can be a valuable resource to tap into.  As with all such connections, of course, strict adherence to confidentiality and professional codes of conduct needs to be observed.  But codes of conduct do not prevent a person from discussing strategies or receiving the assistance and support they need to function as a healthy and happy interpreter and continue to provide a valuable resource to Deaf people and the larger professional communities.

Debriefing with a supervisor or trusted colleague may offer an opportunity to share feelings and hear the perspectives of other professionals.  Care must be taken to preserve the confidentiality of the deaf consumer, as well as the reputation of other professionals in the incident.  Sometimes we have a tendency to take a judgmental position and offer advice in the form of, “You should never have done… .”  Not only is such unsolicited advice unhelpful, it does little to offer alternatives or solutions to the interpreter directly impacted by the incident.

A confidential online support group might be a possible solution, especially for interpreters who have few “local” resources, or when confidentiality would be compromised by using such resources.  Situations like a widely publicized event or involving well-known Deaf person(s), for example, might be better handled in a more anonymous setting online.  Each situation will dictate the best approach to take.

Typically, Interpreter Training Programs don’t include much coursework on caring for one’s own psychological health (although this may be an area to consider for curriculum enhancement).  Seeking professional counseling from a generic therapist or psychiatrist is sometimes avoided because, “They don’t understand what I do as an interpreter, and I don’t want to waste expensive hours educating them.”  But even though a mental health professional isn’t an expert in Deafness or ASL, they are trained to deal with people who have had negative experiences, and they are usually well-equipped to offer strategies for recovery from such trauma.  ITPs would do well to encourage a commitment to one’s own health as a possible investment in burnout prevention.

The incident described here with James is a classic example of an individual experiencing symptoms of a severe mental illness.  The fact that James is Deaf is really not the fundamental issue; James likely has a major mental illness separate from his Deafness.  This is an important distinction to make.  James was not subjected to anything unusual during the admissions process;  he was “treated” in much the same way as people with mental illnesses who can hear.  As he becomes stabilized on the unit and on his medication, he will probably benefit from interpreting services throughout the day.  But, as we know, it is unlikely that the hospital will provide such services as frequently as he needs them.  Because he will not be included in the daily interactions and communications on the unit (formal and informal), James will probably need to stay longer than most of the hearing patients on that unit.  Within a couple of weeks, however, James will likely be discharged to “somewhere” for community-based services.

As interpreters, we are part of some of the best, and some of the worst, times of Deaf people’s lives and, like it or not, we become part of those occurrences.  The impact that these events has on each of us can be personally and professionally profound.  Although we may tend to act as if we are immune from human feelings and reactions to things like child abuse, major disasters, addictions, marital disharmony, etc., it is vital that we take care of ourselves and our colleagues when asked.  We will not be of much value to our customers, our families, our partners, or ourselves if we ignore the fundamental humanity that makes us who we are and allows us to function as the consummate professionals we all wish to be.  It is hoped that this post will lead to a broader discussion of these issues, and to a solution that each interpreter can feel comfortable engaging.