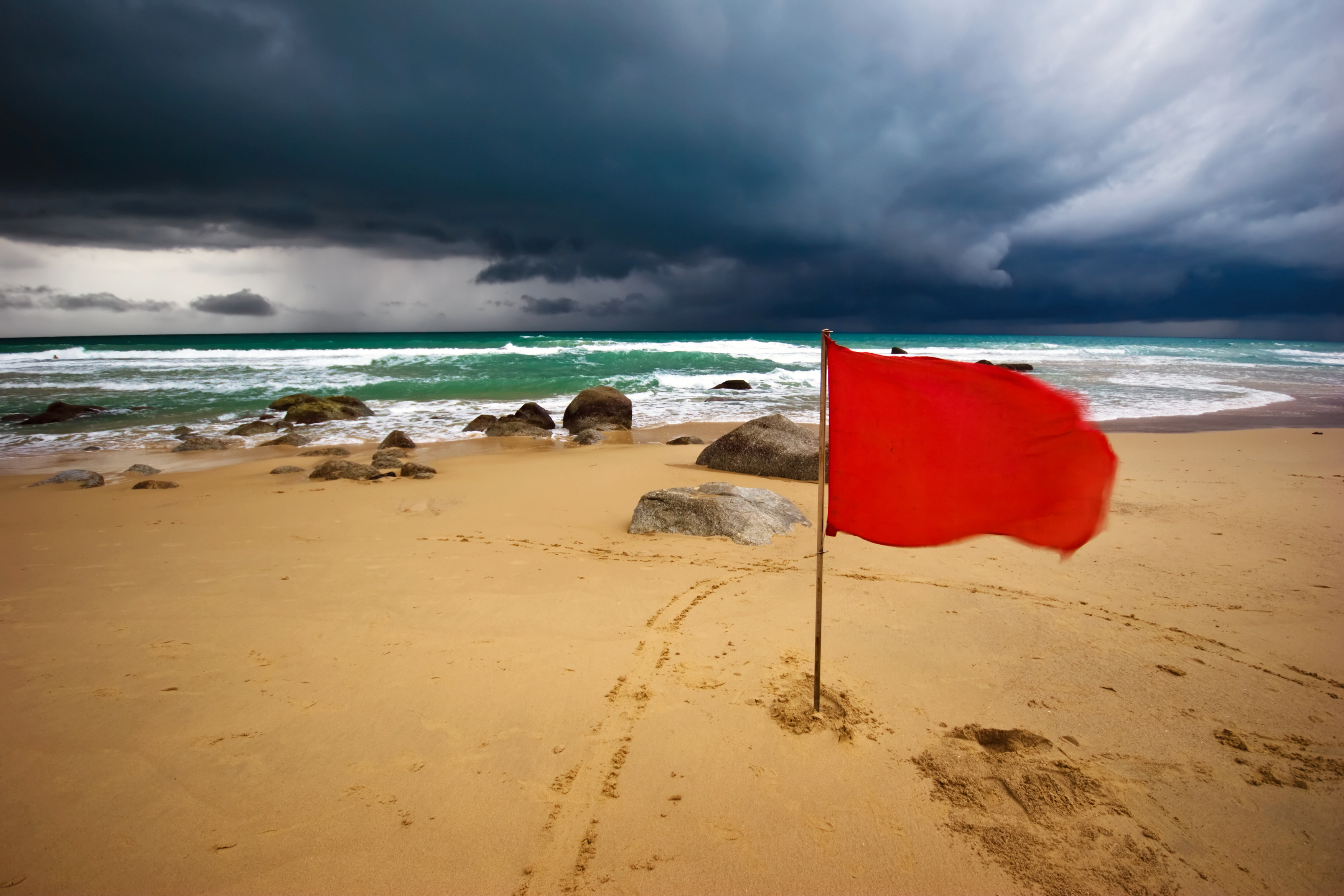 Can mentoring relationships among interpreters avoid common pitfalls? Lynne Wiesman describes ideal traits of mentoring partnerships to result in success for both experienced and novice interpreter.

We have all had someone who “took us under their wing” at some point in our careers. These people that we say changed the trajectory of our careers and pulled us up by allowing us to stand on their shoulders. These people, whose quiet grace, wanted nothing more for their trouble than for us to become the best sign language interpreters, professionals, and humans we could become.

Unfortunately, some of us have also had the type of mentor, who had goals that were not transparent and altruistic; where we sensed that the goal was to push us down. Those mentoring relationships sought to further intrinsic, selfish agendas.

Although the latter may have inherently negative connotations, it is not automatically unscrupulous for a mentor to want a mutual benefit from the relationship. Quite the contrary, agencies have a need to cultivate more interpreters. Veteran interpreters, for whom the work has lost some of its original appeal, may long for a burst of energy and enthusiasm. Interpreters want to model for a newer interpreter. Mentoring is an excellent way to bring a fresh, new perspective, while providing a way to give back and pay it forward.  All are necessary and vital for the preservation of our field!

These aforementioned scenarios could be detrimental if they contain a motivation or element of conscious or unconscious deception or inauthenticity. If the primary goal for entering into a mentoring relationship is anything other than supporting mentees (students or working interpreters) to realize their goals of becoming an effective sign language interpreter, it may still be a successful relationship, but may not be a mentoring relationship. The chief objective for all stakeholders of mentoring is for newer interpreters to be pulled up, not pushed down.

If either in the relationship has motives other than to pull up or based on unchecked assumptions, the relationship exists with a dodgy undertow.  Assumptions can occur on both sides of the relationship. Newer interpreters must “pay their dues”, “can’t possibly have Deaf heart”, “can never possess the foundations of what it takes to be a good interpreter from mere classroom learning”, or “are just in it for the money”.  Veteran interpreters “owe me”, “can’t possibly know as much as me since they never attended an ITP”, or “have been in the field so long, they can’t be up to date on current research.”

It is not my intent to insinuate that either have ulterior motives or agendas to push down. It is my intent to raise awareness of an effective and powerful approach to mentoring that pulls up all stakeholders of a mentoring relationship.

Two Sides of the Same Coin

Members of professions (e.g., nursing, teaching, and interpreting) receiving mentoring, report that mentoring is a formidable and effective intervention for induction into an industry. For years, as Lynette Taylor in Modern Questor: Connecting the Past to the Future of the Field reminds us, interpreters with more experience have been paired with those will less experience as a way to “navigate new waters.” We are where we are today, in part, due to mentoring by the Deaf community, agencies, and veteran sign language interpreters.

Unfortunately though, some also report being mentored in ways and by people who were untrained and unclear on the purpose and goal of mentoring. There are those who have never received formal training because it was not available or it was deemed unnecessary. A percentage of those may also believe that formal training is not an effective path to becoming an interpreter (or mentor.) This belief can permeate the mentoring relationship. Those who, perhaps, sought to mentor to further a gatekeeper role. Whether or not there exists a need for interpreters to become gatekeepers beyond those who truly own the keys and who live beyond the gates, this should not be done under the guise and pretense of mentoring.

Using ones personal or professional power to leverage control of someone’s dreams and goals can cause harm and ultimately does not result in any gains for society. Having the position power and exercising that ability to prevent access and advancement under the guise of mentoring is deceitful, defies the goal of mentoring, and is tantamount to abuse.

Can’t We All Just Get Along?

The foundations of quality mentoring hold a premise that a mentoring relationship is ultimately forged and maintained by open and honest communication. It would follow then, the lack of quality communication, communication conflicts, or even deceptive communication can set the stage for a dysfunctional mentoring relationship. Ott (2012) characterizes communication problems in mentoring as having an origin in intergenerational communication conflict, which may result in horizontal violence. Horizontal or “lateral violence occurs within marginalized groups where members strike out at each other as a result of being oppressed. The oppressed become the oppressors of themselves and each other” (Findlay, 2013). While interpreters are not, as a group, considered a marginalized group; many individual members are. Considering also that a large percentage of veteran interpreters have roots that are deep in the Deaf community either by familial, religious or other types of alliances, they have born witness to the impacts of others’ experiences and collaterally been harmed by their marginalization.

Ott sets the line of demarcation between generations of sign language interpreters at those who pre-date the requirement by RID to require a Bachelor’s in interpretation. Others have posited that line lies at the enactment of the ADA in 1990 or the establishment of ITPs as a turning point forever changing the landscape of interpreting. Where the line is that distinguishes generations of interpreters is open to debate and not the point of this article.  The reality is that the interpreting landscape has changed dramatically since those first days of family members providing volunteer services. There exists now an “interpreting space” (Taylor, 2013) shared by those who learned via the “school of hard knocks” and those who learned in a formal classroom. This is progress, right?

The paradox of progress is that to move toward one thing (pulling us toward a new understanding of professionalism), we move, or are pushed away, from another (our alliances with the Deaf community).

In the case of interpreting, progress pushed us away from the fledgling industry comprised of people with rich cultural experiences, knowledge of ASL, and values that were not formally or academically taught. Many of these early entrants into the field provided interpreting and are now the “veterans” who learned by association with members of the Deaf community who pulled up each and every person willing to facilitate communication. The learning was largely informal and by trial and error. Many mistakes were made; people were often put unwillingly and unknowingly in situations where irreparable harm could have been done (and may have been). Learning occurred as a result of these mistakes, not from an interpreter educator’s red pen or feedback on homework but during and after the work in discussions with consumers and team members. Learning occurred from those mistakes and veterans grew into the professional roles without ever stepping foot into a college classroom to study interpreting. Veterans could (and still can) culturally mediate and produce an effective product but can not explain how they did it. In a sense, veterans are, as Maslow (1940) would describe, “unconsciously competent.” Someone having so much experience producing interpretations, to the point of it becoming an innate task, characterizes this stage of learning. However, because they are unconsciously competent, they may also not be able to describe the discrete and multi-layered processes or decisions made leading up to the production of the task.

Herein lies a peek into what may be part of the communication conflict. Veterans are now being asked to mentor newer entrants into the field. Entrants who are afforded this opportunity based on that very same progress that pulled the field away from its cultural and linguistic roots. That progress that moved us toward professionalization of sign language interpreters was a result of ever-increasing academic and certification requirements. These newer interpreters lie somewhere on the continuum near unconsciously incompetent to consciously competent. These newer entrants to the profession have acquired a set of tools & processes, vocabulary, and research-based approaches & theories to be able to articulate the decisions made completing an interpreting task and analyze their work. They do this with a level of academic sophistication that can, as frequently reported, leave veterans feeling less competent or intimidated.

Mentors have frequently commented that “students can’t have Deaf heart” as if there is a formula or some secret membership card that they don’t yet possess. I challenge that assumption! In my experience as a mentor and educator, students in the program and just having graduated, may not have all of the cultural experiences that veterans do, but they definitely are passionate about the work, excited, enjoy socializing with Deaf people, and are still very interested and hungry for feedback from consumers. They are closer to having Deaf heart than many interpreters who have been in the field 5 years. It is then when we need to seize the window of opportunity, give them exposure to the community and culture that also paved the way for our induction into the field, and pull them up, as we were pulled up.  In my experience, that bright light dims after roughly 5 years in the field and seems to be replaced with the reality of the work, competing demands for time, or exposure to others whose light has dimmed or who may never had have a “Deaf heart”.

Yes, our interpreting space and the landscape has changed. Let’s use this newer space and maximize the synergistic benefits for all. Veteran interpreters possess a different, and valid, perspective and ownership of the work. At the same time, newer interpreters possess a different motivation for having entered the field with a justifiable deep sense of pride in their educational accomplishments. The intersection of the two, provided by the mentoring relationship, can reap some very positive and mutually beneficial opportunities to unpack and discuss each other’s paradigms and to learn from and with each other. Find the commonalities!

As StreetLeverage’s mission is to effect positive change, my challenge for all is to leverage the powerful potential in the strengths and challenges of each group. What one set possesses, the other lacks. One set of interpreters possesses cultural and linguistic knowledge, experiences, and competencies. The other set possesses the academic knowledge, new experience, energy and enthusiasm.

Both veteran and novice interpreters have the same goal of wanting to provide effective interpreting. The best path to competency does not have to be recreating traumatic experiences for the mentees. Just as doctors used to give people a shot of whisky to pull out a bullet and saw off a leg, we too moved away from archaic methods and have made progress and created better tools to educate and mentor new interpreters. Pushing away the future of our industry does not benefit the community.  For all, incorporate approaches that pull new interpreters up and not push them down.

My challenge to all –  PULL UP:

As in the words of J.F.K., “A rising tide lifts all boats.”  Are you on board and willing to change the tide? Commit this year to entering into at least one mentoring relationship and pull up our profession!

Ott, Emily K., “Do We Eat Our Young and One Another? Horizontal Violence Among Signed Language Interpreters” (2012). Master’s Theses. Paper 1.