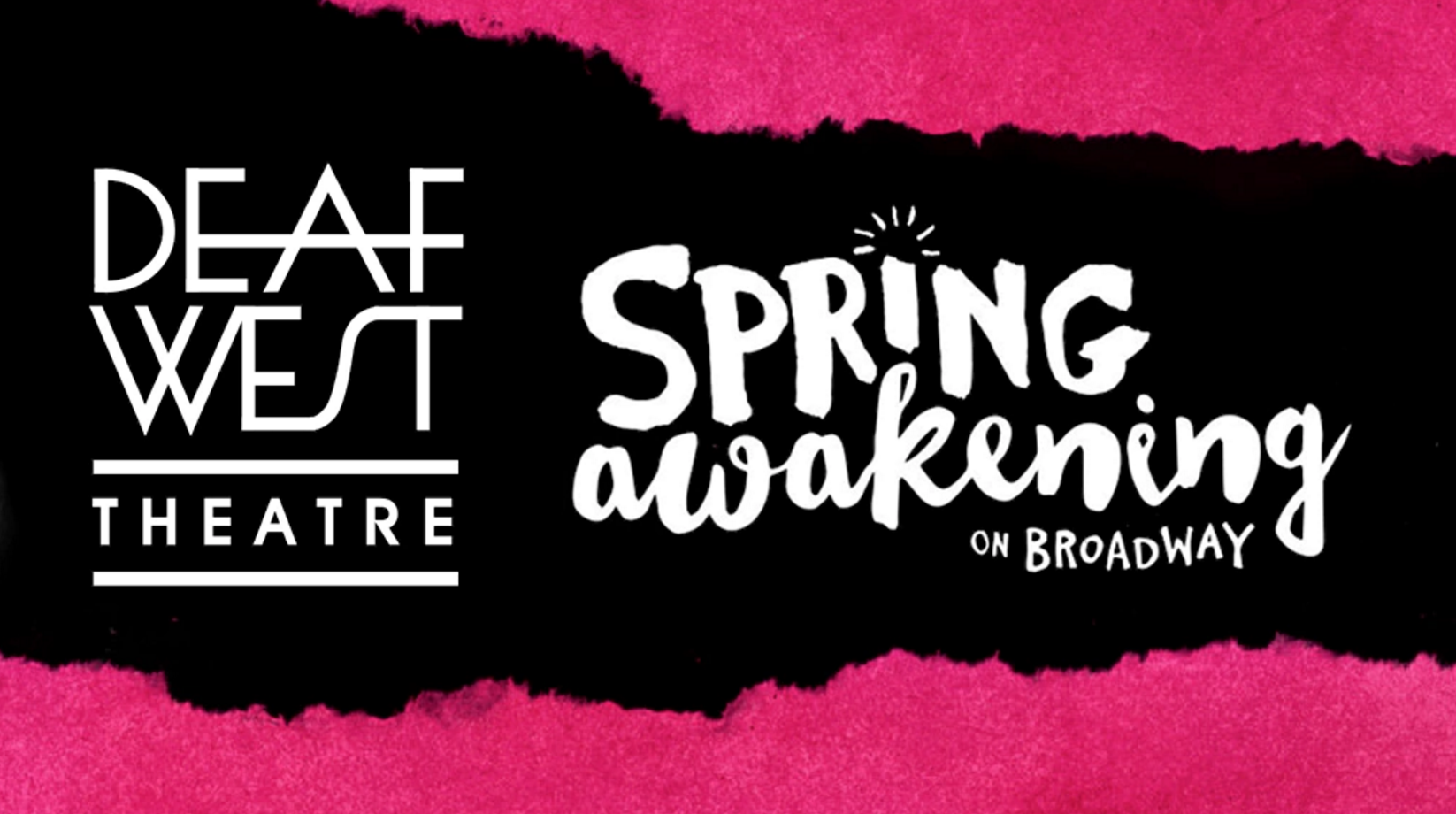 StreetLeverage Note: Deaf West Theatre’s Spring Awakening was invited to perform on the Tony Awards. Due to the close of the show’s limited run, significant expenses were required to make this happen. After a successful Kickstarter campaign,  the cast of  Spring Awakening is scheduled to appear on the Live telecast on June 12. To read more about the Kickstarter campaign, click here.

The natural integration of sign language interpreters in the Broadway revival of Spring Awakening was established powerfully as soon as the show began. A classic classroom scene was distinguished by dialogue in American Sign Language, setting the focal point on communication and establishing the narrative tension for the entire story.

The performance by Deaf West Theatre included an excellent representation of sign language interpreting–not a surprise to Deaf theatre fans but a revelation to hearing audiences. More so, it was the best representation of simultaneous interpreting that I have seen to date. By “representation” I mean a carefully-crafted demonstration of ‘the real thing.’ The actors were not spontaneously interpreting (as we do in real life) but performed premeditated translations in tandem with the spoken utterances of the script. The result is a shift in perception that put ASL on an equal footing with spoken English: a field of linguistic equality.

Because it was a performance and everyone’s lines were so painstakingly designed, memorized and rehearsed, nothing unexpected interrupts the seamlessly delivery. This practiced perfection was not, however, the most significant aspect of the interpretation. What mattered was how both languages and the interpreters were thoroughly integrated into the fabric of the social interaction. No one resisted the interpretations or seemed weirded out at the odd mode of communication. Instead, everyone cooperated with the necessity of cross-language mediation. This is plurilingual interaction: more than one language in use for purposes of communication. Whether the interpreter was on the opposite side of the stage or right there in the midst of the interaction was irrelevant to the effectiveness of the communication shown on stage because the actors trusted the process.

Meanwhile, everyone in the audience was put in a position of dependence upon the interpreters. Even bilingual members of the audience were captured and had to attend to the processes of communication. The first scene was a classroom where the students are reciting Latin. Interspersed with ASL and English are Latin utterances with neither English nor ASL interpretation. The spoken Latin was paired with written Latin projected on the classroom wall. Few in the audience know what the Latin means, but it turns out that the words are not what’s meaningful in this scene. What is meaningful is the persecution of one of the Deaf students and the inability of his hearing pal to protect him from the wrath of the headmaster.

The historical dynamics of audism and oralism were deftly established concurrent with the audience’s exposure to how the communication would work: signing actors were voiced by someone (somewhere, either nearby or farther away); bilingual actors spoke and signed at the same time; and non­-signing actors’ lines were signed by a ‘voice’/shadow interpreter or projected as English captions without any ASL interpretation. The result was a constant chase…Deaf eyes seeking out the next signer, hearing ears absorbing speech while their eyes scan for the source, and all eyes on alert for the shift to written text. Every audience member had to be constantly ­­ready to shift modes depending upon the language profile of the actor. This need to keep giving attention to how the communication was happening is what generates the linguistic equality of the space. No one language holds dominance: the usual hierarchy of (spoken) English overwhelming (signed) ASL is defeated. Brilliantly, the cast occasionally falls into complete and total silence. Eyes are left to quietly absorb the visual scene with no accompanying commentary. Reliance on vision overtakes hearing people’s dependence on sound.

Turn-taking and the pace of interaction was relentless: that rhythm mirrors real life interpreting! Too often interpreting in a group setting results in a senseless kind of cacophony. Overlapping talk, weak listening, and little accommodation to each other’s communication styles. In this play, we witness a gallant artistry and professionalism from all members of the troupe as they engaged seamlessly and fluidly with each other and with the interpreters. The beauty is how the interpreters were included and engage themselves with the events, relationships and troubles which arise. These interpreters were not flat caricatures speaking for others held an arms-­length away, neither were they ever the stars of the show. But they were irrevocably present and interactive. Wendla’s “voice” (her “interpreter”) encourages Wendla to enter the relationship with Melchior Gabor, and Moritz’ rockstar interpreter­-shadow supplies him with a gun. The “voice” of a gay boy spins in glee on the piano stool, not out of role but embodying and animating the pleasure of a first kiss: as ‘in role space’ as one could possibly be. While some may debate these as boundary violations, I suggest that they are achievements of voice. Not only do the expressions (the words, the signs) get ‘interpreted’ but the meanings are made crystal clear.

A Hierarchy of Simultaneous Interpretations?

Symbolically, more can be mined from the display of simultaneous interpretation in this play. The acting “voices” (interpreters) all contribute to the aural landscape by playing musical instruments as well as singing and speaking the lines of their assigned Deaf actors. Are the role space constructions lopsided in favor of the Deaf more than the Hearing? Does this feed, subtly, a logic of hierarchy; that the interpreter “exists” for the language minority user more than for the majority language user? Or is it just practical accommodation for the signing-impaired? Musical accompaniment and singing was necessary to satisfy hearing people’s addiction to sound, so that they would not be distracted by its absence and therefore lose focus on the substance of the play. ASL drives the action in this play; the challenges of communicating information about sexuality is an allegory for the harms done to Deaf people when ASL is not respected.

Importantly, the benefits and limits of interpreting were clearly shown in Deaf West’s masterful performances. Communication access in­ and of­ itself will not end oppression or even diminish the consequences of audist or oralist prejudice and discrimination. Still, the Deaf West production of Spring Awakening presents an exhilarating example of what simultaneous interpreting makes possible: collaborative communication among people speaking different languages leads to better, even safer, relationships.