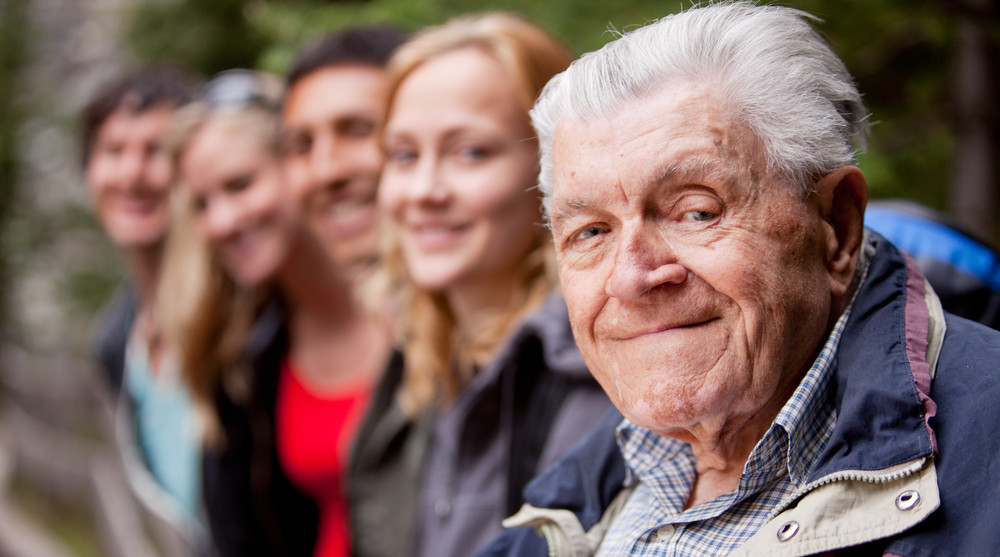 As membership in RID has grown exponentially, so has how we communicate between leadership and members. Dora Veith’s research examines changing communication norms from interpreting’s tribal roots to today’s “container” method.

San Francisco, 2007. My very first Registry of Interpreters for the Deaf (RID) national conference. I had been working in the field for two years and I was thrilled to be attending the national business meeting with my heroes in the field.

As I entered the meeting room, I heard a rumbling. Members were agitated. There was a recent leadership decision and members were unhappy. I heard, “How could they make that decision without including us? That is not our culture, our roots!” I understood. RID is a member-driven organization and leadership decisions should reflect member needs and goals. But, wait – I also heard leaders saying, “We did ask you! We sent emails asking for input. We posted requests for feedback on the website! We printed articles in RIDViews!” Hmmmm. I left the meeting wondering: how could such drastic miscommunication happen in an organization filled with communicators?!

Fast forward to 2012. I am sitting in front of my computer reading the course materials for my online class, Leadership Principles, through Regis University in Denver, Colorado. There is a brief lesson in the course about communication models, specifically comparing Tribal and Container communication models. I read how tribal communication is person-to-person, oral traditions and history passed on from mentor to mentee, how elders are revered and sought out, how decisions are based on what’s best for the community. I instantly think about RID’s history, a history rooted in reciprocity, mentorship, service, and partnership; the tribal description resonates.

Then I read about container communication and its dependency on technology, general announcements and reports, feelings of hierarchy in leadership, and how the decisions are often made for individual benefit, not the community. I am instantly transported to the 2007 business meeting. That’s it! That is what happened! We had container communication trying to satisfy tribal expectations. No wonder we struggled!

From Tribe to Container

Since 2007, I have heard mention in casual conversation that the sign language interpreting profession has changed because so many practitioners do not come from Deaf roots. Many, like me, have entered the interpreting profession through training programs and had no connection to the Deaf community before pursuing this career. Deaf consumers and practitioners complain that the cultural competency of practitioners is in decline because of this lack of connection. In her article, Sign Language Interpreters and the Quest for a Deaf Heart, Betty Colonomos highlights this in a poignant way.

RID started with a tribal communication model. I have heard more than one of our seasoned interpreters say, “I used to be able to go to conference and know everyone there!” We have grown from that small founding group to a large organization. In addition, where we used to train other sign language interpreters through one-to-one mentorship, we now have formal degree programs. Out of necessity, we have become reliant on technology to communicate, and organizational communication comes in the form of general announcements and reports. We have become a container organization at the national level.

I think concerns about the change in RID, and the sign language interpreting profession as a whole, are valid, but I also suspect we are being a bit myopic. I am curious: if we step outside the cauldron of Hearing heart vs. Deaf heart and look at RID as a whole, what might we find? Is it possible that we are simply experiencing the results of unplanned organizational transformation caused by simple rapid growth as a profession?

In 2013, when it became time to pursue my senior capstone at Regis, I was still haunted by the tribal vs. container lesson and decided to make it the cornerstone of my project. I tried to find other research about tribal and container communication, but other than a brief blurb in my old textbook, Leadership: A Communication Perspective (Hackman & Johnson, 2008), I was unable to find any research directly tied to this phenomenon. Most of the research is focused on proving or disproving Putnam’s theory of decline in social capital (Bowling Alone, 1995/2000) – that there has been a national trend of decline in membership organizations, resulting in fewer people building connections and supporting their community since 1952. I was unable to find any research about communication changes as grass root organizations grow and transform and the impact of this change on membership.

Consequently, I decided to do my own research. I developed a research question and a survey to see if there was a link between communication models and membership participation. I posted a link to the survey on the RID and BLeGIT Facebook pages. I also posted it to my local chapter, ColoradoRID, Facebook page and emailed it to local members.

There were 70 respondents to the survey. Participants ranged in age from 20-something novice interpreters to 70+ -year-old semi-retired working sign language interpreters. Education levels ranged from associate degrees to master’s degrees. The survey participants were required to be ASL-to-English interpreting practitioners. Survey respondents remained anonymous.

In terms of communication habits and preferences, the most significant findings were that 63% prefer to network in person at community socials or events. However, when asked to identify preferences, the number one preferred way to receive information from national and local RID groups was email, with social media a distant second. When I discussed this contrast with a colleague she said, “Of course! We want personal contact, but we don’t have time for it!”

While the data I collected was interesting and informative, it did not really answer the research question. However, I continued to analyze RID communication in light of the tribal model, since I was relatively new to the profession and had less personal experience with it.

The Tribe: A Closer Look at Who’s Who

So who is our tribe? Tribes have elders, water carriers, and general members. Elders can be defined pretty quickly as our most experienced interpreters and RID members. I also suggest that every interpreter with a Deaf parent is an elder by nature of their cultural intuition, regardless of their “professional” interpreting experience. In addition, every D/deaf person we meet is an elder in our tribe. They are the culture we try to serve, it is their language we use, who better to be offered the respect of a tribal elder?

Max De Pree (1993), in Leadership Jazz, defines water carriers as those members who introduce new members to cultural norms and who share oral history. They help the new members of the tribe acclimate and avoid embarrassing pitfalls. As we have evolved, we have abdicated the water carrier role to our training programs. Maybe it is time for the local tribe to reclaim its water carrier responsibilities. The act of unpaid, casual mentorship of new interpreters strengthens connections and community ties while supporting the continuity of our cultural roots.

The other, very important part of a tribe is that each member has a place – a role – and is a potential leader. We have identifiable leaders in our organization, people who have been vocal and visible for decades. It is easy to leave leadership to others. However, for a stronger organization, each member needs to take an active part in defining, contributing, and creating their local tribe and how their tribe interacts with the organization as a whole.

As I apply the theory of tribal and container communication to our professional organization, I think logically—at a national and regional level—RID must continue as a container organization. Its efforts to engage members with social media have a role, but they don’t replace personal connections. Members have an opportunity to respond to RID issues in real-time, but the result is often a point-counterpoint interaction, not a real discussion.

An example of how the tribe could bridge the container is the recent vote regarding the Deaf Parent Member at Large position on the RID Board. Almost all of the information regarding the motion and discussion about the motion rested on email and social media technologies (unless you were fortunate enough to attend the national conference). Even after Adam Bartley made an elegant plea in Mea Culpa: We Failed RID & Sign Language Interpreters with Deaf Parents, our container communication failed the second vote too. The fact that less than 10% of members voted nationwide is evidence of a system failure.

What would have happened if local chapters had offered this issue as a discussion point during local meetings? I suspect members would have become more invested in the outcome and more willing to cast a vote. Members might have felt invited into the discussion. It is easy to ignore an anonymous electronic invitation to, but that invitation has strength and impact when it is paired with an experience involving friends and colleagues.

Tribal and Container: The Best of Both

I believe RID has more options than just a container or a tribal communication model. I believe there is an ‘and’. It is a blend of both models that will lead us from the conflicts of organizational transition and toward a better, healthier, and effective professional organization.

Beyond the tribe. Beyond the container. We can become something more. After all, regardless of personal background, a commitment to effective communication is the common heart of every sign language interpreter.